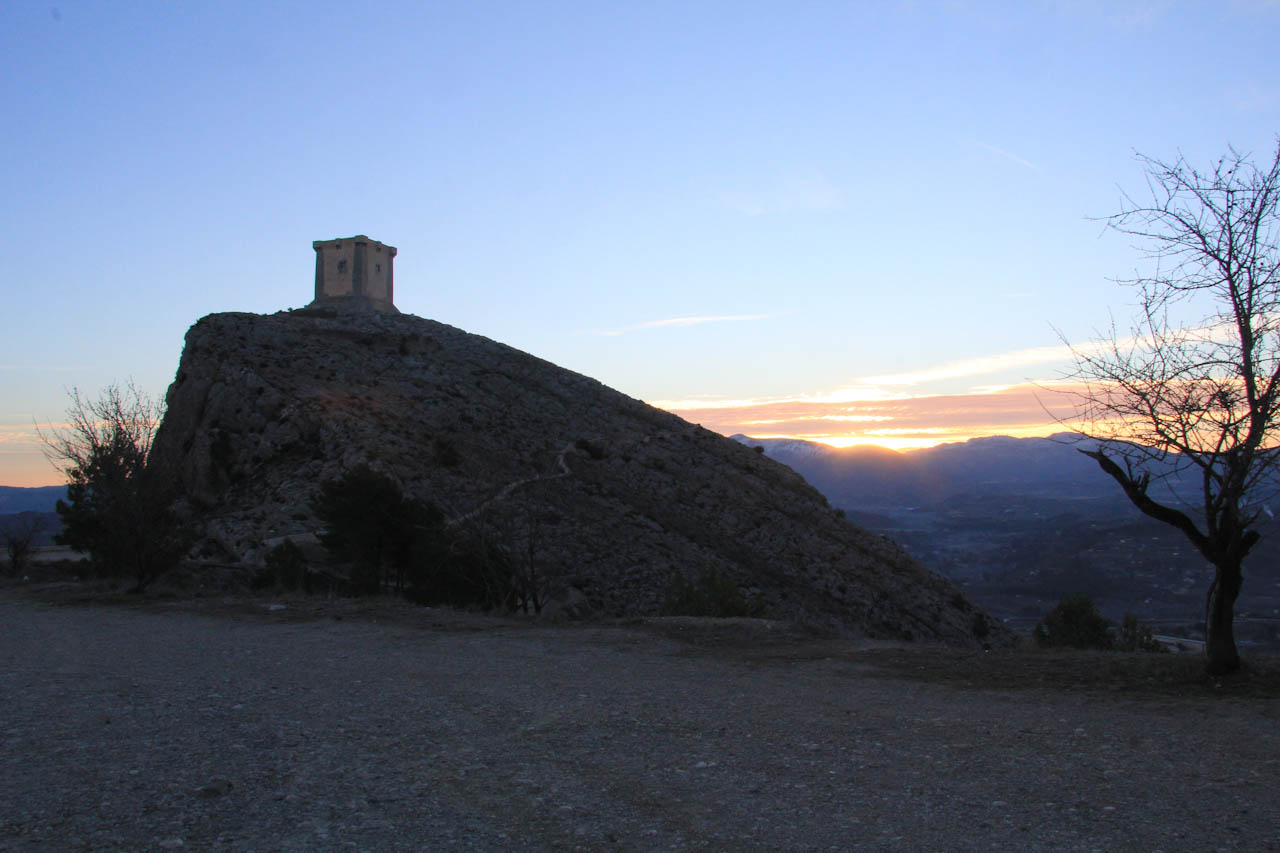 At the end of January we decided to go inland and to discover the area around Cocentaina and Alcoy. There the Sierra de Mariola and its surrounding nature park rewards the visitor with splendid views towards the highest mountain of the Costa Blanca, the Aitana at 1558 m, and towards the Mediterranean. Furthermore, the nature park is known for its extraordinary flora, especially medicinal herbs, trees and plants. 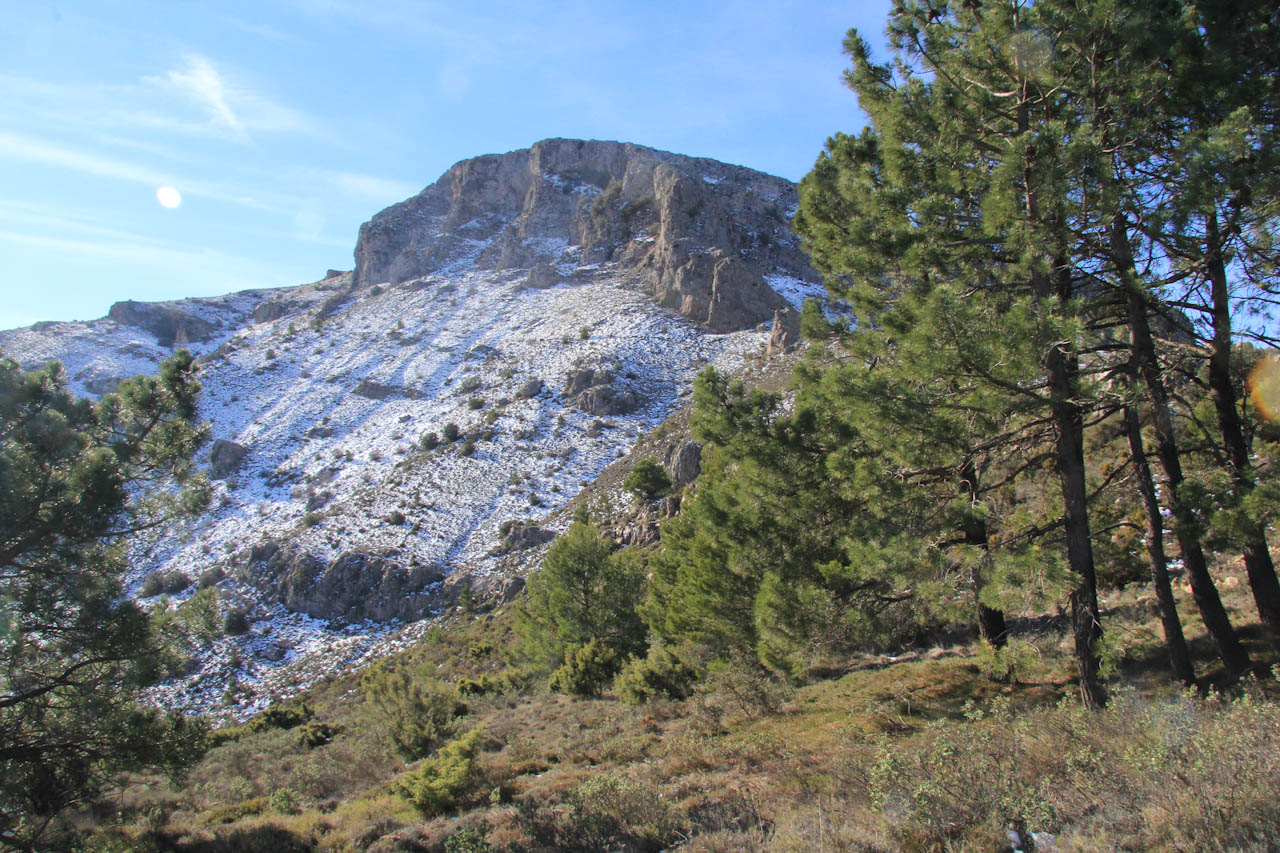 Summit of Montcabrer with its snow covered slopes

The Sierra de la Mariola is crowned by the Montcabrer at 1390 m the third highest mountain in the Alicante province.

At the beginning of our walk up to the summit of this mountain range we passed by the Castillo (castle) de Cocentaina which overlooks the city of Cocentaina. We continued our walk through urban terrain, before we emerged into a mysterious world with steep paths, pristine forests, natural springs, limestone outcrops and snow covered slopes on the northern flanks of the mountain.

Arriving at the summit we were welcomed by a herd of feral goats and an eagle circling above our heads. 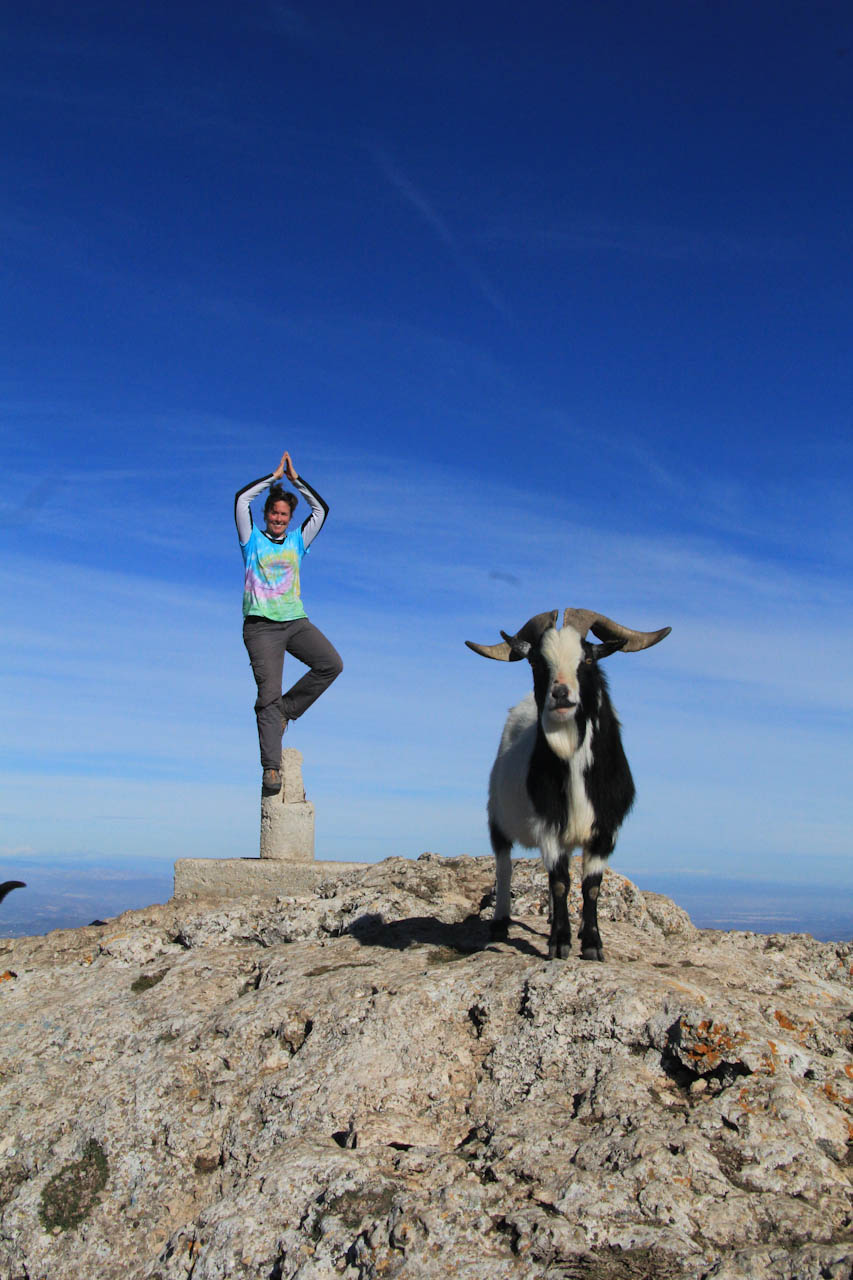 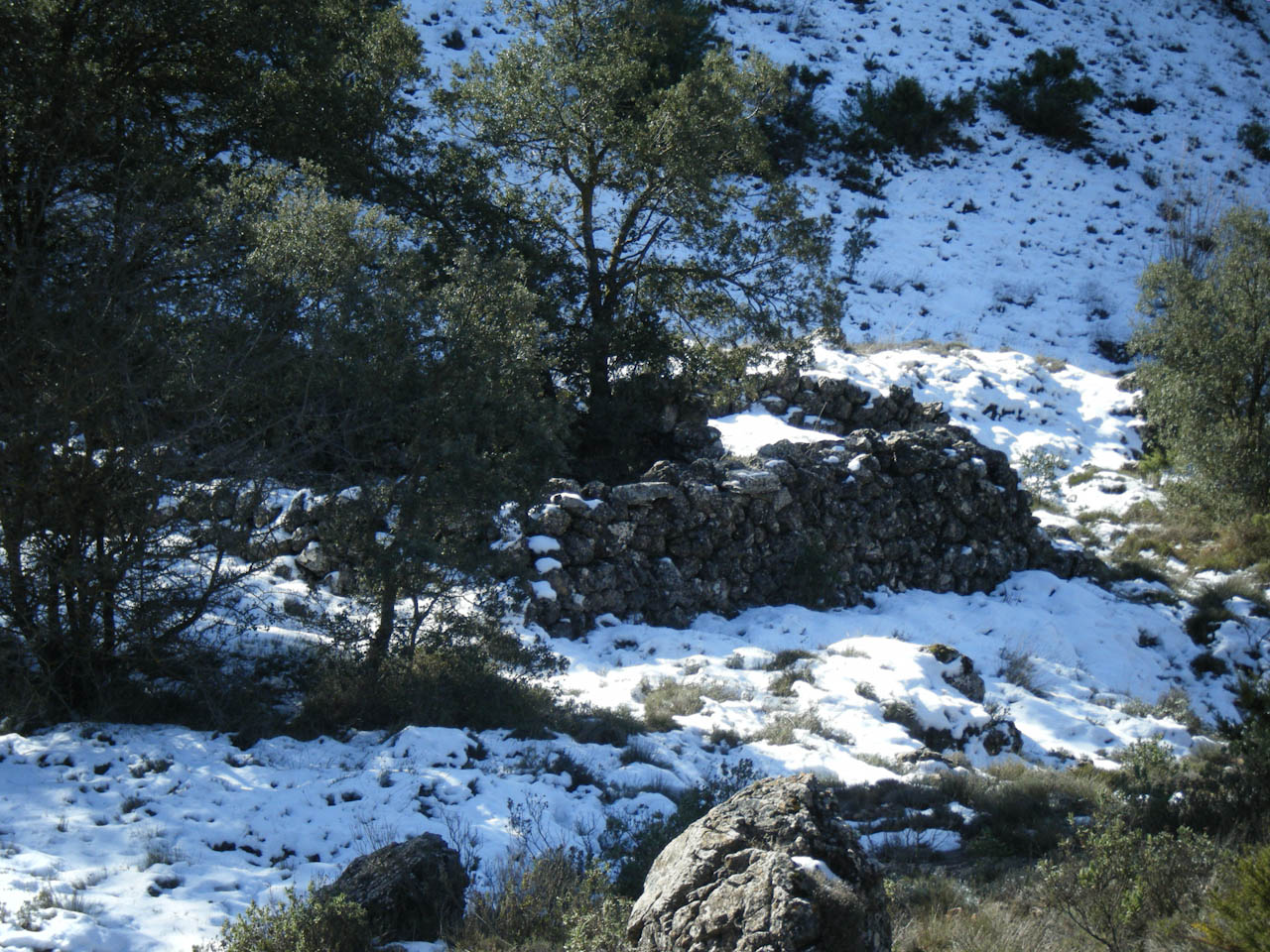 After a short break we started the descent via the “Barranco del Carrascalet” while we were accompanied by vultures flying overhead. Descending through this valley the landscape changed again. The path was covered in snow and when the valley broadens we continued our way through lovely hills covered in pine trees.

Back at the car park close to the climbing area of “Más de la Penya” we were sure that we’ll come back to the area to walk and climb soon.

Overall we believe that the circuit via the summit of Montcabrer is one of the best walks you can do in the area.