Last Sunday I received a message from Nima – www.abenteuer-spanien.de – …“Hi Kris, we’re stopping quite close to you, somewhere in the middle of nowhere.” And she sent some coordinates. I put the coordinates into Google and was surprised. 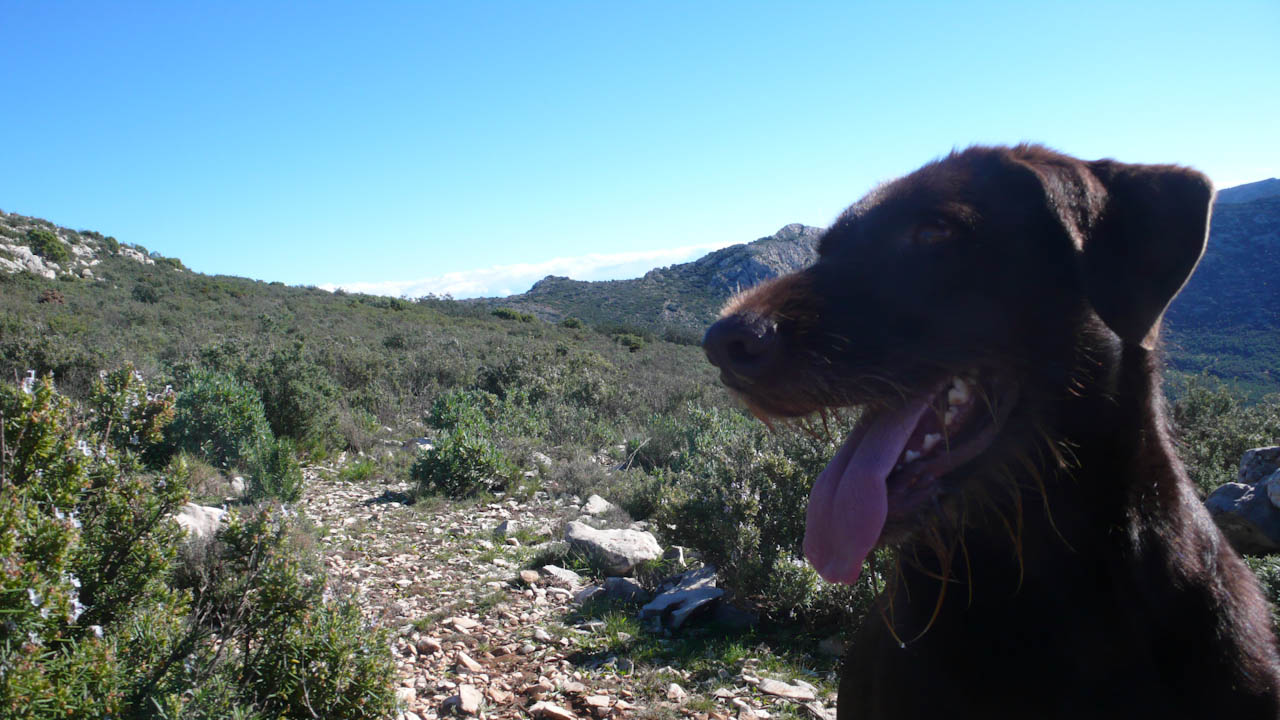 Yes, they were indeed close in their red “Horst,” as 1500 meters is definitely not far away. But this doesn’t necessarily mean that you are able to pass by for a quick coffee here in the Costa Blanca. Nima and her partner Steve were camping by a spring in the next valley over and about 400 meters higher than us.

So I took the car the next day and after a 30 minutes drive I arrived at their red van. We did a short walk up to the “Divino,” but cold wind and dark clouds forced us to quickly return into Nima and Steve’s mobile home. We had banana cake and coffee, and planned the next couple of days while the first snow of winter was falling in the Tagarina valley. As I had a day off the next day we decided I would visit them by foot.

“Desafio Lurbel” – Markings for the long distances over 80 and 120 kilometers. 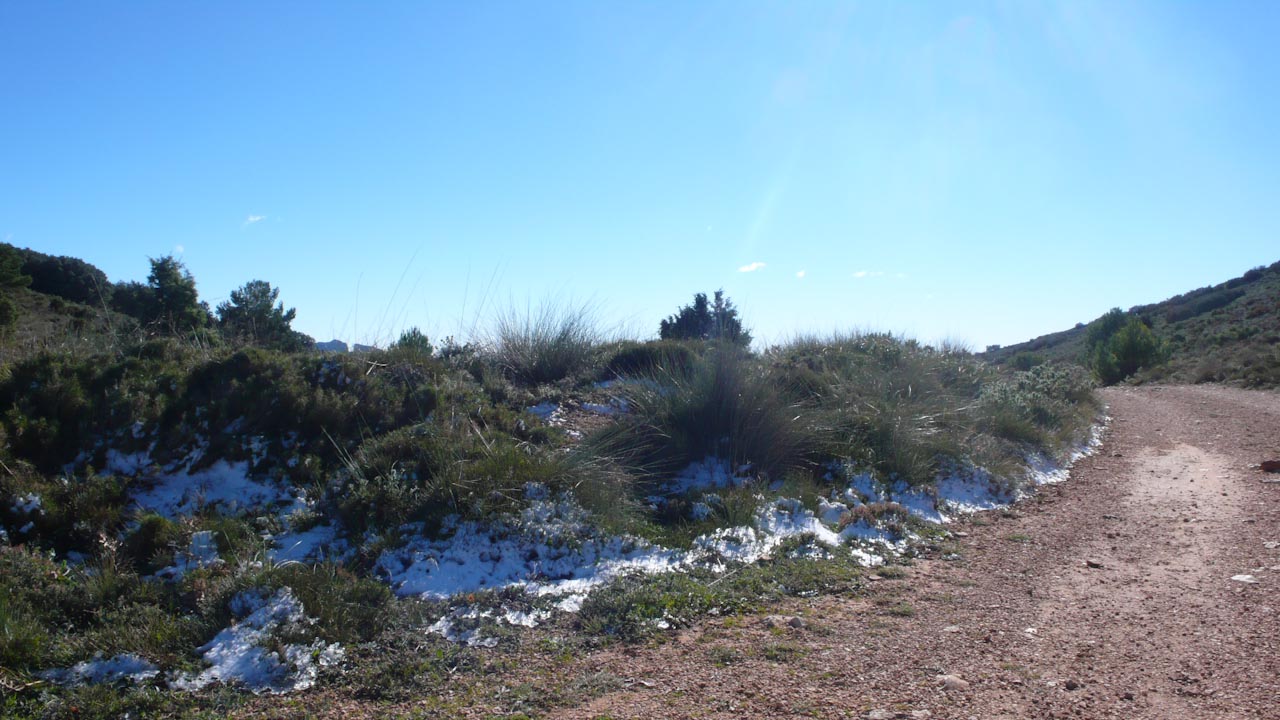 Snow patches along the path.

On Tuesday at 11 am I started the walk up to the “Penya de Sella” together with the two doggies. We walked down the “Collao Blanc” into the “Barranc de L’Arc” and arrived an hour later at the “Cases de Isidor.” There I found the markings for one of the biggest sporting events here in the Costa Blanca, taking place this weekend. The “Desfaio Lurbel” is a cross-country trail-running event over the distance of 40, 80 or 120 kilometers.

I followed the markings uphill and in 45 minutes I reached the “Corral del Port.” From there I had a brilliant view into the valley of Guadalest, the “Sierra de Bernia” and the city of Calpe.

I continued my way via the “Penyó Mulero” and above 1000 meters I found the remains of the snowfall the day before. I took a break at the “Col de Tagarina”. It was quite chilly, but sun and blue sky made the temperatures bearable. 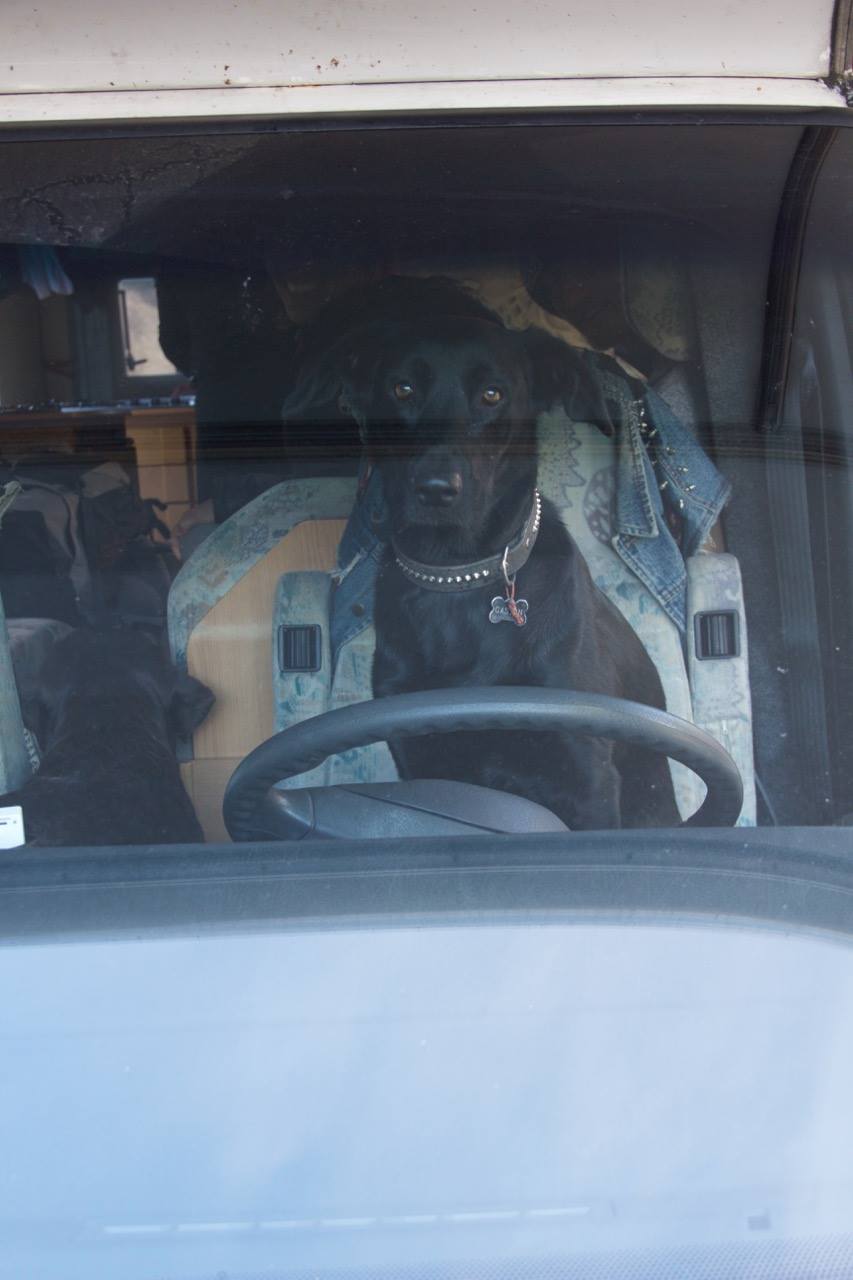 After a small break, I continued my way passing the Divino and I arrived at the “Font de Alemanyi” in the“Barranc de Tagarina.” There I found Horst and Simon, the two vans of www.abenteuer-spanien.de and www.arbeiten-unterwegs.de. After 3 ¾ hours of walking I looked forward to a nice coffee, but the van owners were gone. I waited a bit, and just before leaving to return to Sella, the two dogs of Nima and Steve came walking around the corner. So I enjoyed a warm coffee, some chocolate and great company, before continuing my walk. 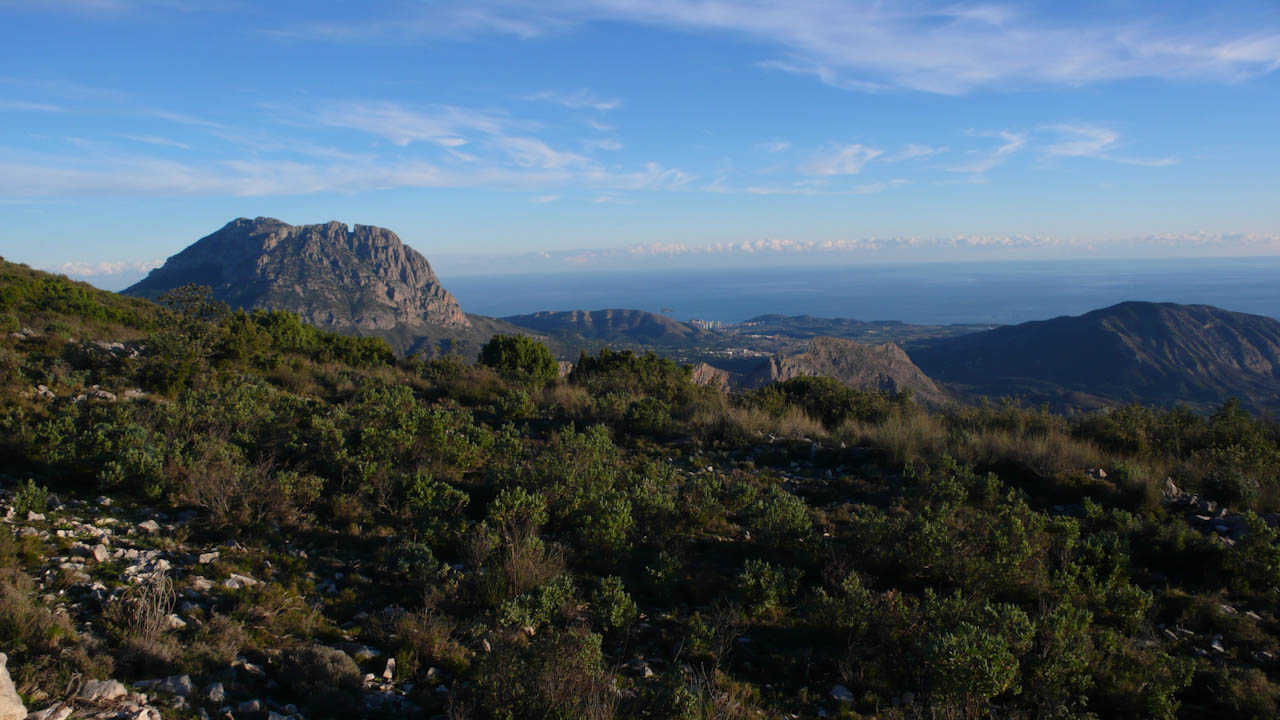 View from the “Penya de Sella” towards the Mediterranean.

Unfortunately, time passed by quite quickly, so I had to rush to get down into Sella during daylight. I took a path new to me – PR-CV 198. This path took me up to the “Penya de Sella” past the “Mas d’Alt”. From there I dropped down the steep and rocky path and reached the antennas above Sella with the last sunrays. Satisfied, I knew I would soon be in the village to enjoy my well-deserved beer in “Bar Paco”.

Overall a great walk. And thanks a lot to www.abenteuer-spanien.de and www.arbeiten-unterwegs.de for your hospitality.