The Costa Blanca, famous for its scenic coastline, has a hidden secret its beautiful Mountain ranges. These mountains are known as Sierras.

During our guided day walks we will give you a chance to discover the Sierras of the Costa Blanca, including their geology, wildlife and history of the area where ruin’s of the Moorish times are still visible.

Whether you want a full or half day walking experience these walks can be adapted to suit your needs.

These walks are all in mountainous terrain so appropriate footwear and warm clothing should be carried by the individual. Lunch and water are provided for full day walking packages.

Below is a selection of the available walks, but other routes are available to suit any individual or groups needs. Please, contact us to book or discuss one of our walks:

This circuit takes in the highest Sierra on the Costa Blanca takes in the “Font de Partegat” and the dramatic north facing walls of the Aitana. There are also the historic snow caves spread along the route which were used till the 19th century to collect snow during winter and to use that snow during the year to prepare ice-cream, to preserve groceries and to cool down fever. The summit is offers great views of the area especially of the Guadalest Valley.

Puig Campana is a dramatic mountain. The western summit of the mountain has a prominent notch and craggy rock formations while the eastern side holds the main summit. The flanks of the mountain are covered in pines. And its summit offers fantastic views on all sides of the mountain, including the coast line and the dragon backed ridge of the “Cresta de Castellets”.

Circuit to the summit of the highest peak of the Parque Natural de la Sierra de Mariola.

This walk takes in the forest above Cocentaina where you will see the Castillo de Cocentaina. Passing by many natural springs and limestone outcrops on route to the summit. This walk is also well known for its variety of medicinal herbs, trees and plants. On the summit of the mountain you maybe lucky enough to meet the goats that are resident there, and throughout the walk you will have the opportunity to see eagles and vultures flying overhead. 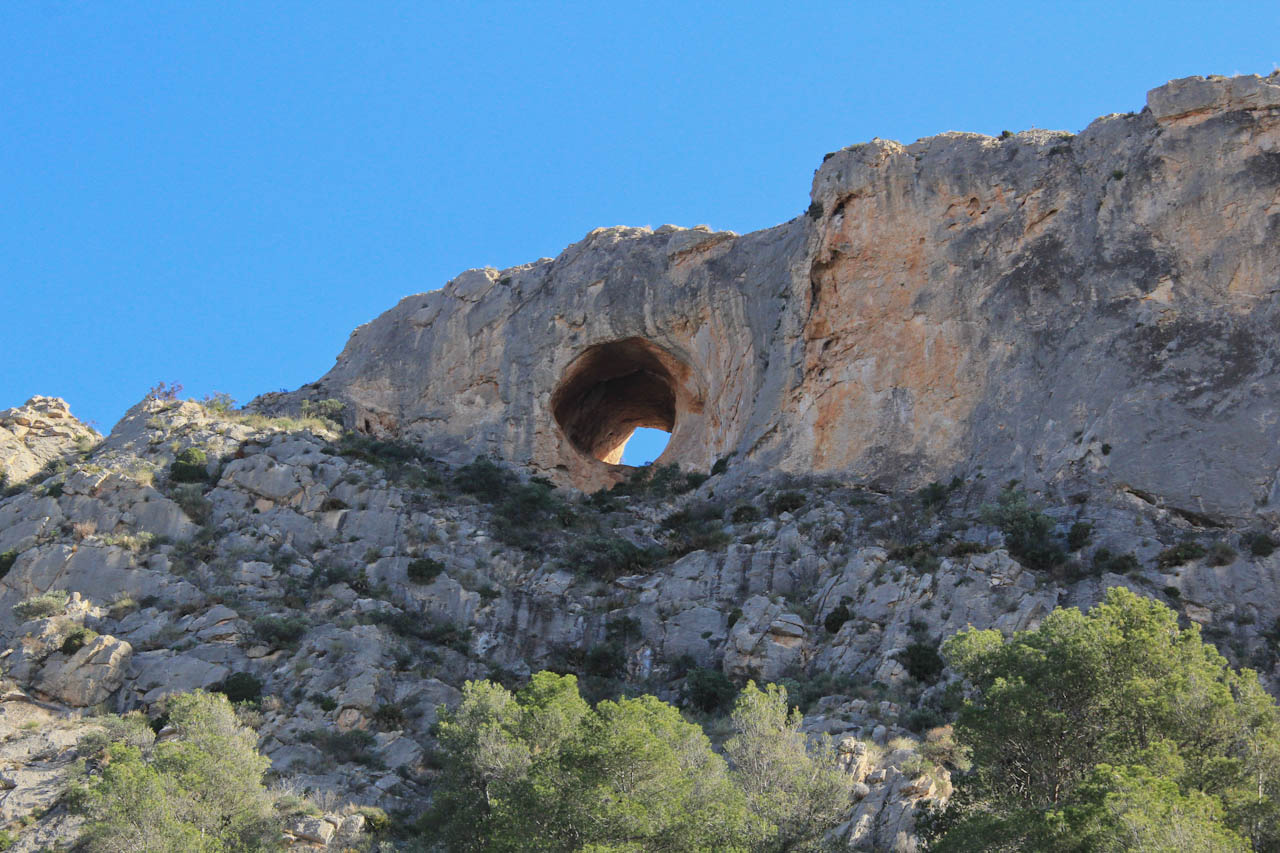 Circuit and the summit of Cabezón de Oro

This sierra runs north to south inland and has a summit of 1209m, it is a dramatic Sierra with soring cliffs and pine forests. At the end of the walk there is the opportunity to visit the Caves of Canelobre, a show cave with exquisite limestone formations and guided tours.

The “Sierra de Bernia” is a long ridge that dissects the coast line and runs from the coast to Callosa d’en Sarrià. The circular walk includes the ruins of a 16th century fort and a natural tunnel that goes straight through the base of the ridge. Furthermore, you’ll get a first impression of Costa Blanca’s diverse landscapes – Its coast lines where beautiful beaches alternate with soaring cliffs and its green and fertile valleys which are interrupted by the craggy “Sierras”.